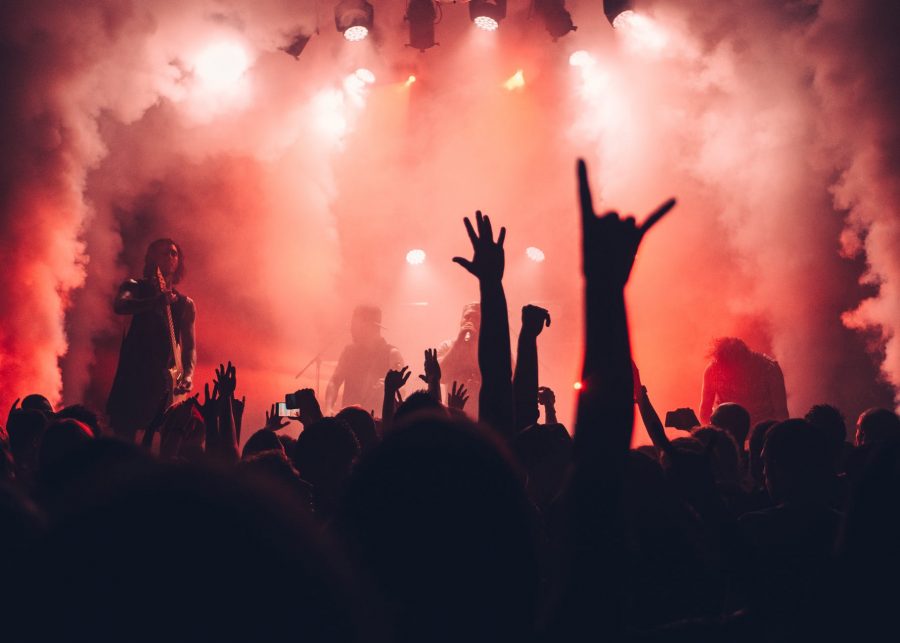 Taylor Swift declares, “And shade never made anybody less gay!” before the triumphant chorus of “You Need To Calm Down.” The anthem protests anti-LGBTQ trolls with sassy lyrics and synth-pop production. It also provided Swift a platform to support the House bill titled the Equality Act.

On her change.org petition, she wrote, “Pressure from massive amounts of people is a major way to push politicians towards positive change. That’s why I’ve created this petition to urge the Senate to support the Equality Act.”

Swift isn’t the only artist using her craft to send political messages. Childish Gambino, known better as Donald Glover, did so famously with his song “This Is America” in 2018.

The single alludes to gun violence, police brutality and discrimination against African Americans. Its music video which is littered with hidden messages, provides commentary on these issues through its imagery. For example, the guns used in the video are placed safely in a red cloth, while the dead bodies are carelessly dragged away.

Glover uses this to represent how guns are treated with more reverence than the victims affected by them.

While African Americans are being chased by men on horses, Glover and a group of kids dance in the foreground, distracting from the violent chaos erupting behind them.

Through this, he calls out society for their hypocrisy for indulging in black culture but ignoring black issues. “This is America” was so influential that it amassed almost 600 million views on YouTube and earned Glover four Grammys.

American rock band The Killers tackle gun control, racism and immigration in their song “Land of the Free.”

Frontman Brandon Flowers juxtaposes America’s social ills with its famous epithet: “We got a problem with guns / In the land of the free.” By doing so, he emphasizes the contrast between what is America’s ideal and what is its true reality.

Lin-Manuel Miranda created “Almost Like Praying” to raise funds for Puerto Rico after Hurricane Maria devasted the island in 2017.

Miranda enlisted the help of twenty-one other Latin artists including Camilla Cabello, Jennifer Lopez and Luis Fonsi, to name the towns in Puerto Rico.

All of the proceeds were donated to the Hispanic Federation, whose efforts were dedicated to providing relief, according to their official website.

FLETCHER alluded to the Time’s Up and #MeToo movement with her 2018 ballad “I Believe You.”

She stood in solidarity with the women who had become vocal about their experiences. The lyrics “Did they tell you you were asking for it by what you were wearing?” reference the common question that implies victims are responsible for their assault. She shared her thoughts in an open letter on Billboard writing, “This song is for all of the amazing women I work with every day who have been felt up, shut up and kicked down.

And for all the women whose stories I haven’t heard, this song was made to let them know that I’m listening, we all are.”

The 1975, choosing not to focus on just one particular issue, instead captured our current political climate with “Love It If We Made It.”

Lyrics range from referencing incarceration, “Selling melanin and then suffocate the black men / start with misdemeanors and we’ll make a business out of them,” to Donald Trump’s tweets, “Thank you Kanye, very cool!” The song is observant of our turbulent times but offers a hopeful response to the chaos.

Artists, especially songwriters, have always employed their own experiences and beliefs to create songs.

Protest music is simply an extension of that; it allows musicians to give purpose to their art. Considering America’s volatile political climate, it is no surprise that they are taking their thoughts to the recording studio. As Lana Del Rey put it in The New York Times — “If there wasn’t a time for protest music, there absolutely is now.”